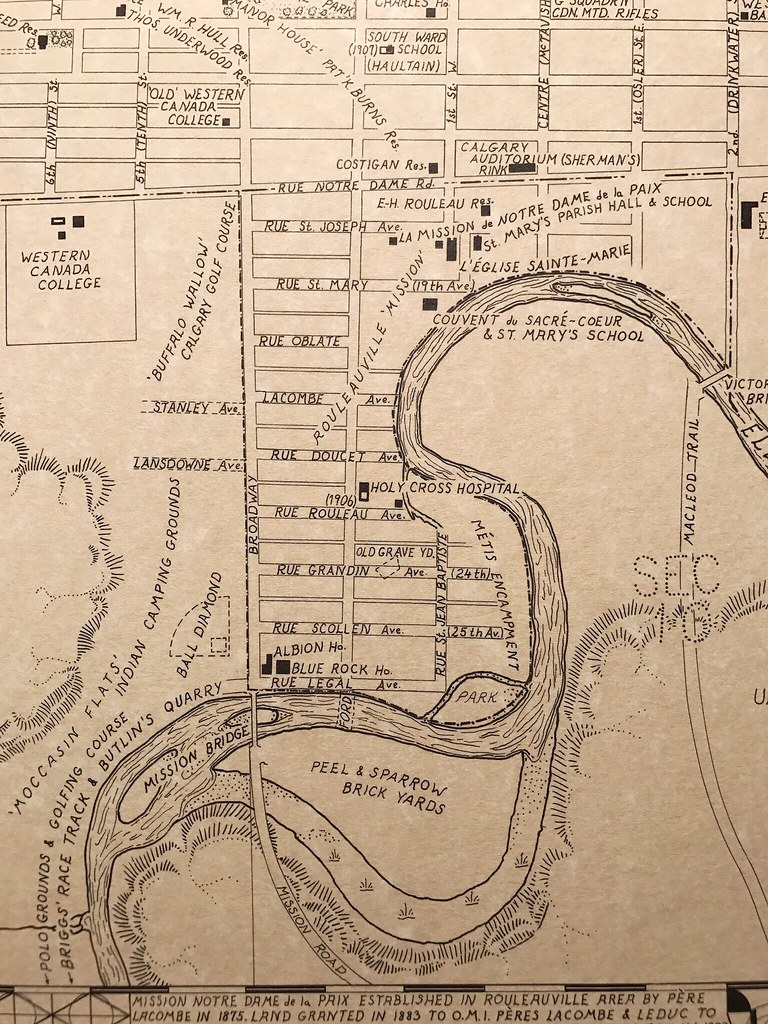 One of the more fascinating things for me at the recently wrapped Calgary Stampede was to hang out at the historical exhibits in the Western Oasis at the BMO Centre. Tucked away in the far corner of the exhibition hall was a display of historical photos and old maps, including this one showing Rouleauville, which we know today as Calgary’s Mission neighbourhood.

Another view of the Red Deer River this summer, taken just north of the town of Drumheller, Alberta, in the heart of the Badlands.

In the wake of the floods that washed over Calgary and southern Alberta in June, our rivers and riverbanks have changed — a lot in some places.
In the image above from early September, for example, that gravel island under the piers of the Louise Bridge over the Bow River in Calgary wasn’t there until the water receded.
In other places along the Bow and Elbow rivers, the banks have been eroded away. Meanwhile, up in the mountains, rivers and streams are cutting across backcountry, campgrounds and golf courses where they never did before.
Truly a testament to the power of nature.
Two more photos below, taken on June 25, 2013, in the immediate aftermath of the flood.