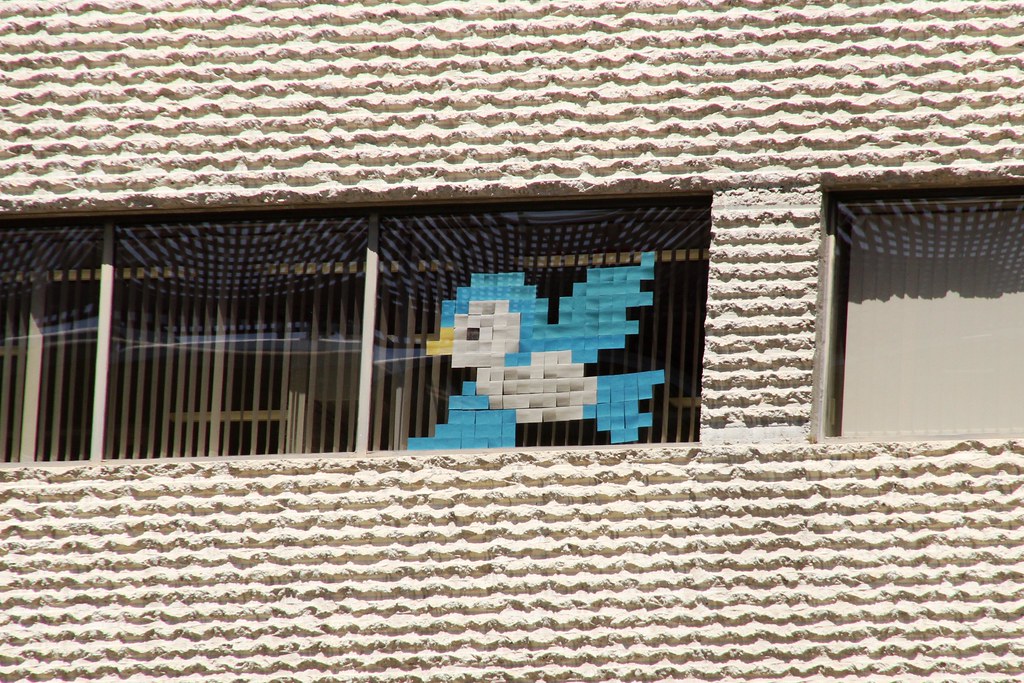 I find eight-bit-style images created from Post-It notes inexplicably alluring. Spotted this specimen in the window of an office building in Edmonton last week. 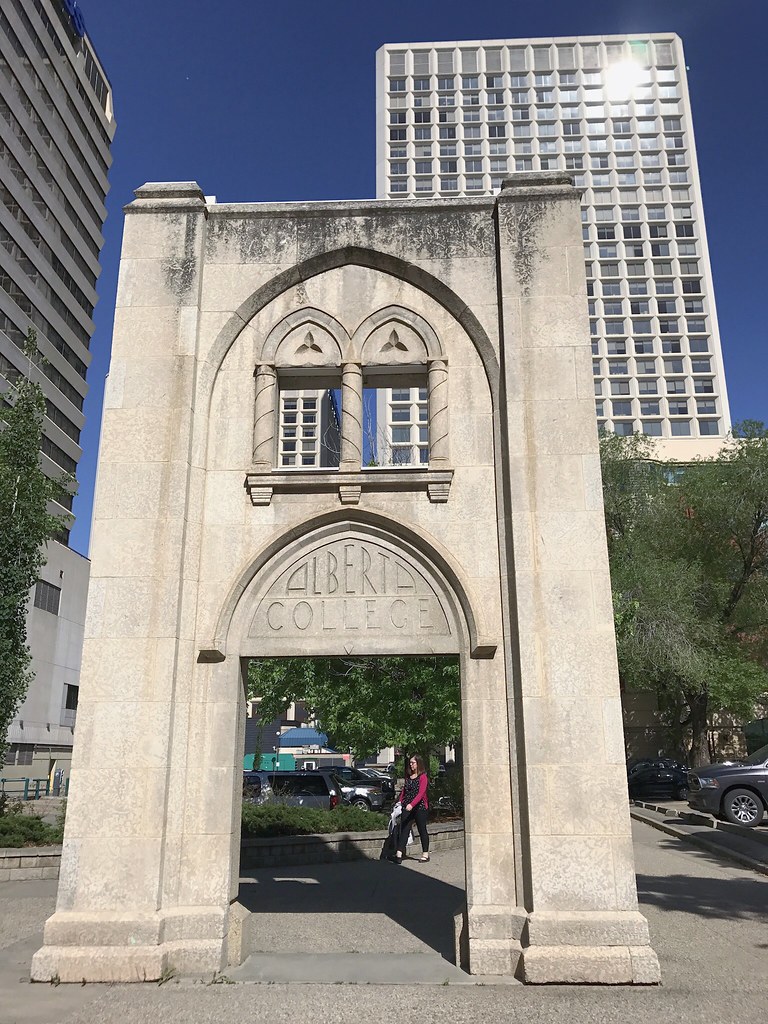 All that’s left of the old Alberta College building in Edmonton. 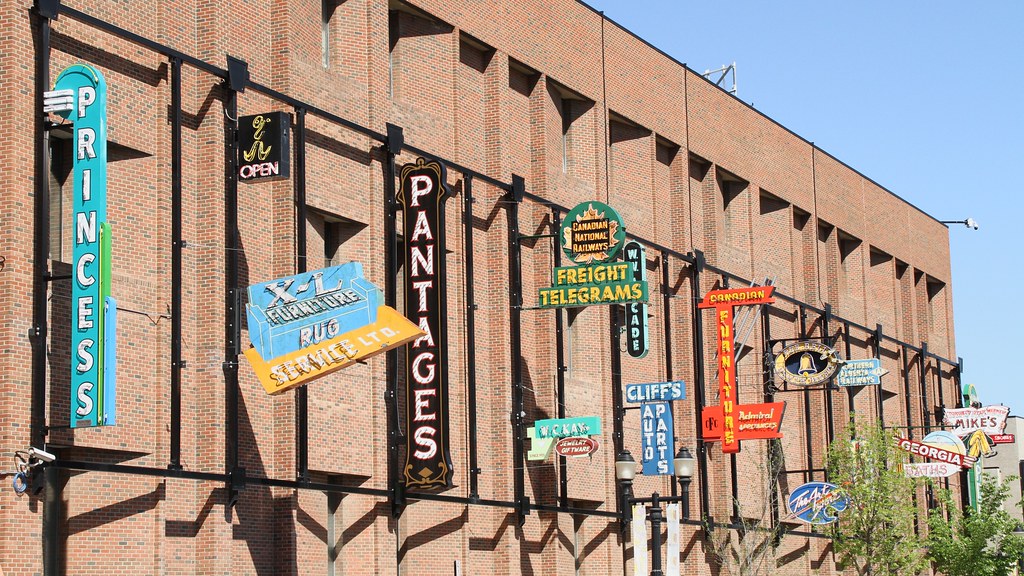 104 Street in Edmonton is home to the Neon Sign Museum, featuring restored neon signs representative of what was once seen in Alberta’s capital region. 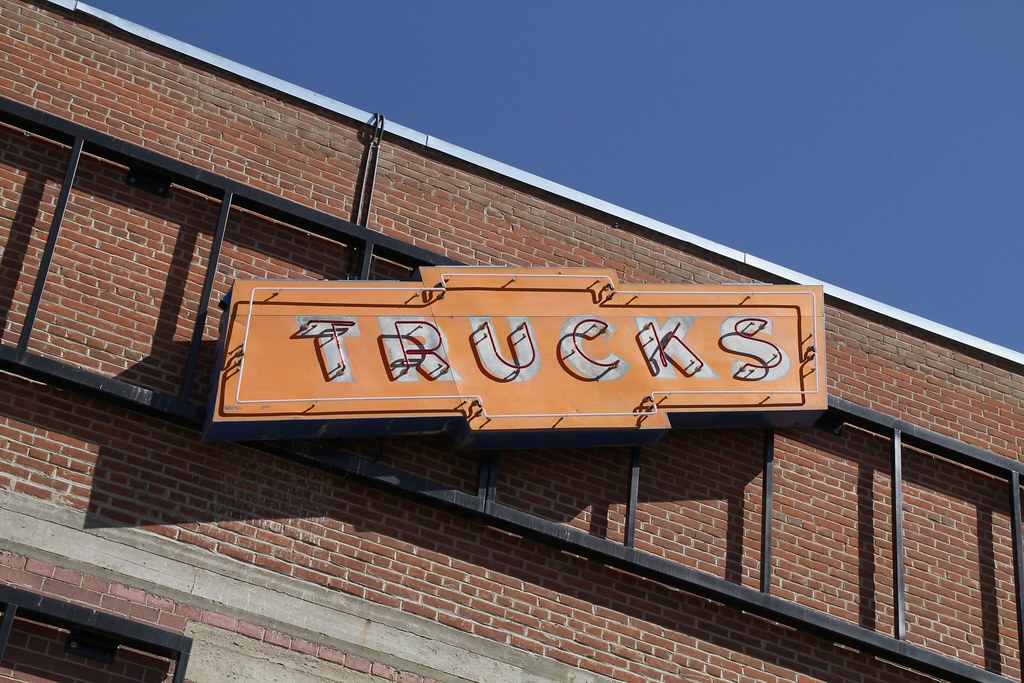 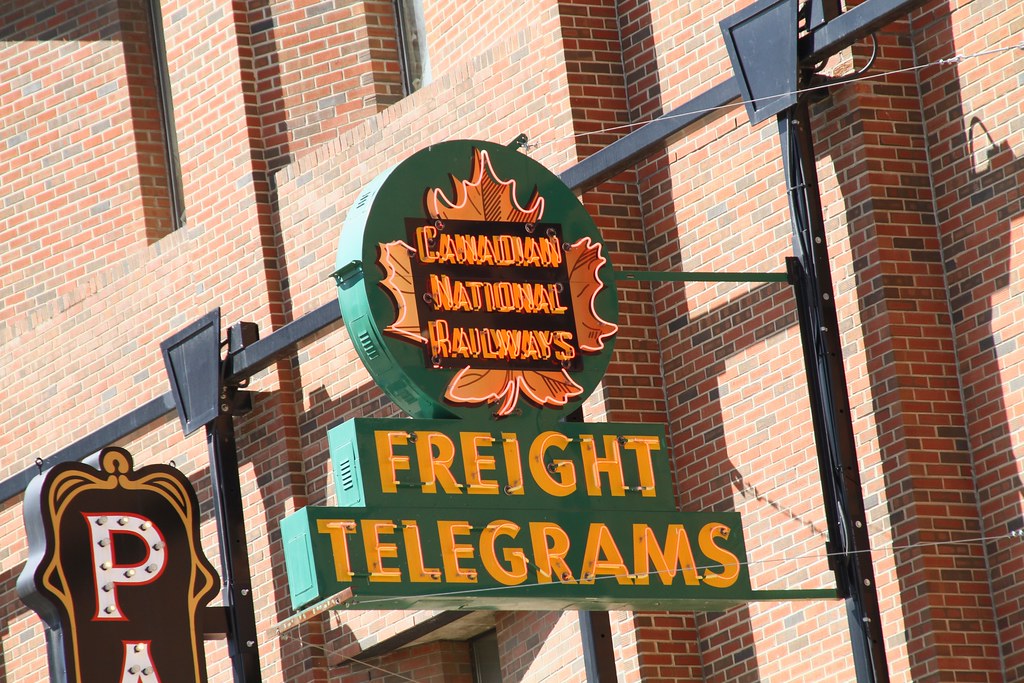 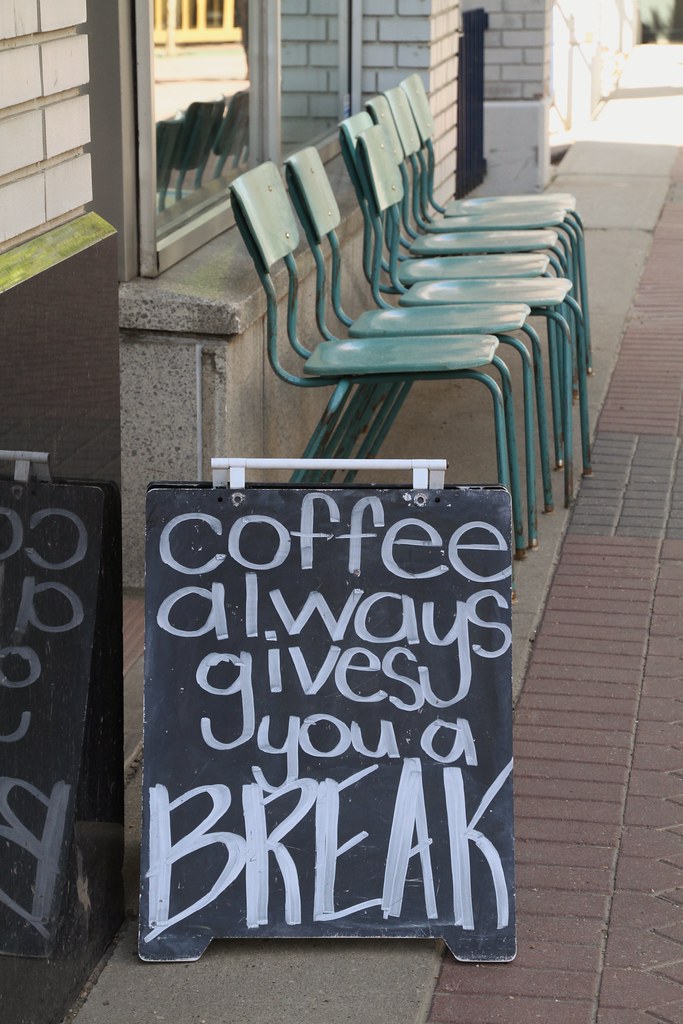 What would most of us do without coffee? (I would bet we wouldn’t do very much.) This sign greets customers outside a java joint in Edmonton. 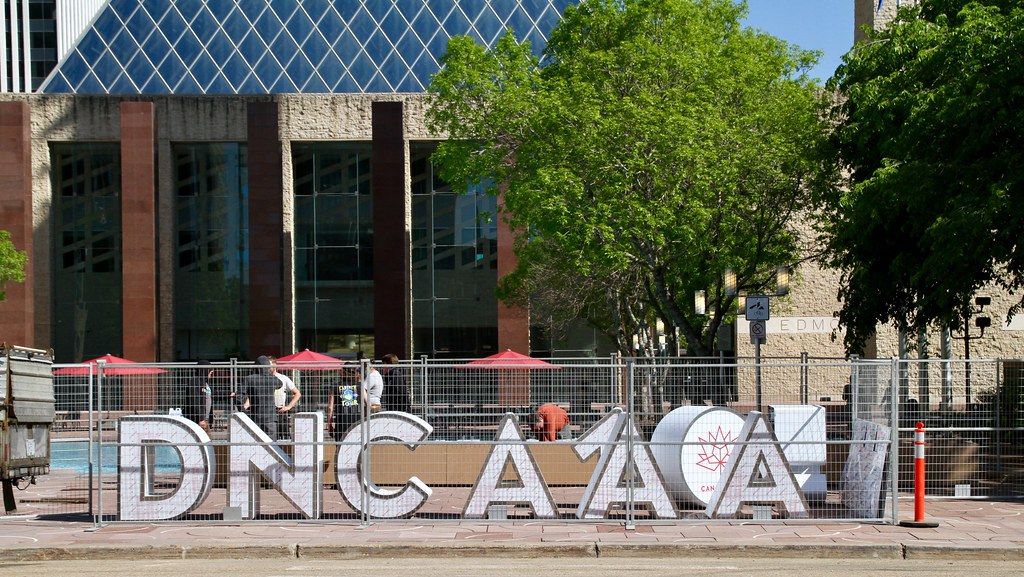 Rolled up to Edmonton this past weekend for a quick visit with a friend. While out on a photowalk, I found this crew working on a “Canada 150” sign outside city hall. It looks as if they have all the pieces to unscramble Edmonton’s biggest anagram.