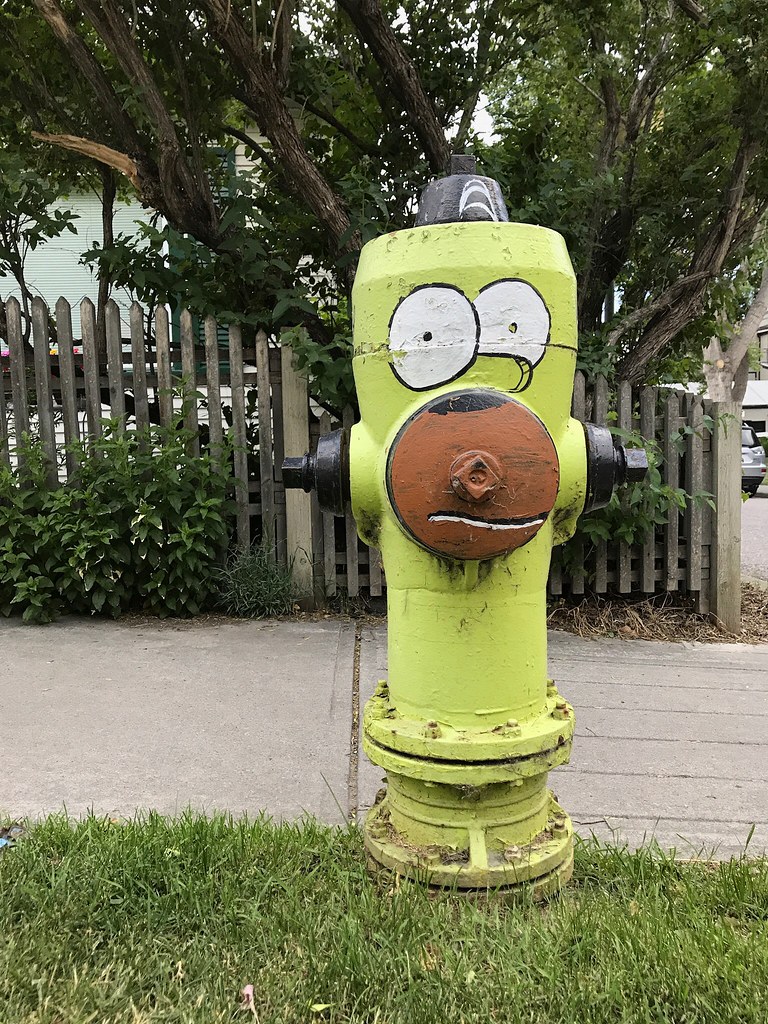 Look at who (what?) I ran into on the street the other day! This fire hydrant has a striking resemblance to animated TV dad Homer Simpson. 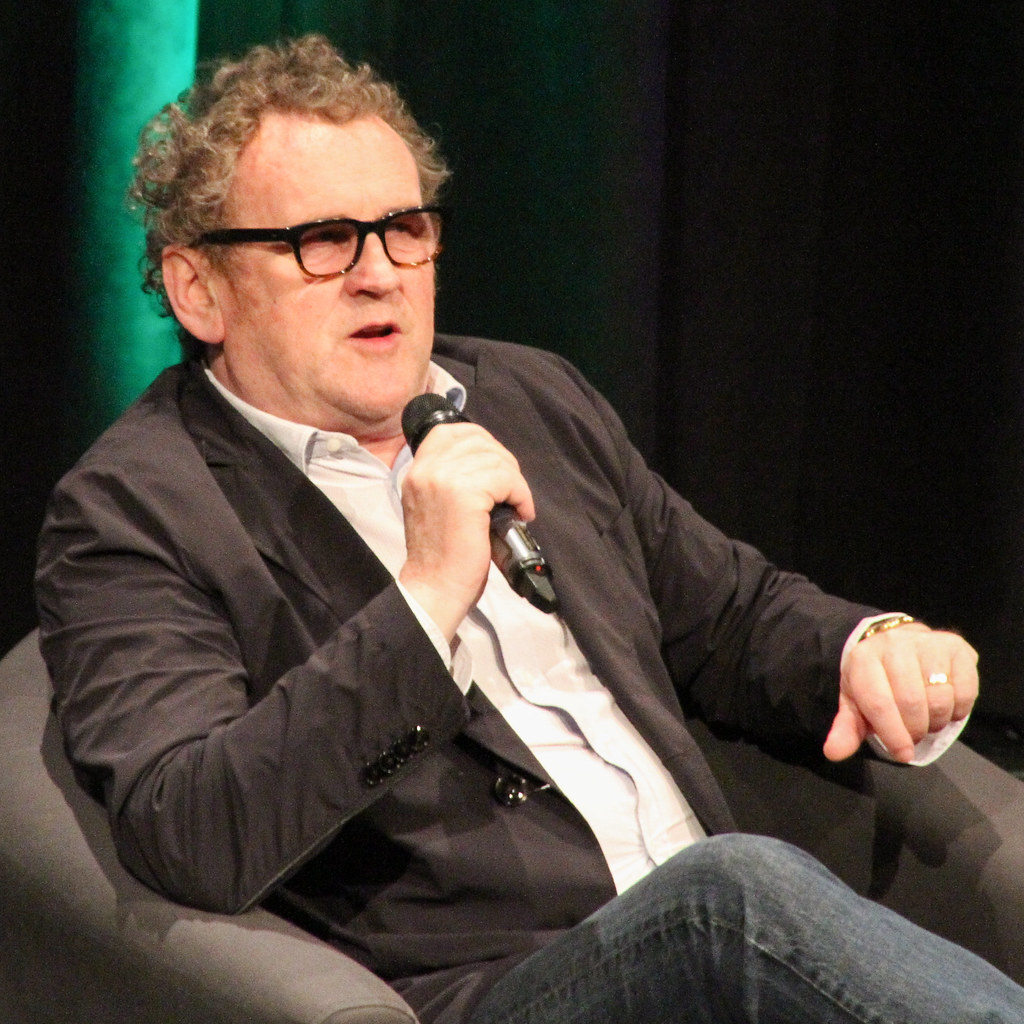 The world just rang in a new year.
In the tech universe, every passing year brings with it expectations of the next big gadget, the next innovation, the next sea change in the way everything works.
And yet, in the world of entertainment, it’s as if the calendar somehow got stuck in 1993 and has never been able to move forward.
Check out the image that goes with this post. It’s a screenshot from one of the television apps I have loaded on my phone. The image represents one of the many infuriating aspects of modern entertainment.
I am a subscriber to a traditional Canadian direct-to-home satellite TV service. As part of the deal, I am able to watch channels (already a part of my subscription package) streamed through their app. But it’s just some channels — not all. Apparently, my provider has to negotiate separate agreements for distribution online.
Going the other direction, the same company owns several Canadian television channels. Those TV apps allow you to stream programming as well … except you have to log in through your service provider … assuming they support the app at all … and not all of them do.
Now, God forbid I actually want to watch television on … a television other than the one that’s attached to the receiver box. Nope, we can’t allow you to do that! (Hence the screenshot above.)
What if I am travelling and want to watch television in another time zone? Sorry, no timeshifting.
Travelling abroad? No service at all.
Speaking of geographical restrictions, it boggles the mind how certain TV and movie products continue to be licensed by country.
Wednesday night, while monitoring social media at work, I took great pains to avoid the many spoilers for the third season of BBC’s “Sherlock”. (Failed twice.)
After returning home, I immediately opened iTunes with the hope of purchasing a season pass for the show. Of course, while the program has debuted in the U.K., it has yet to make an official appearance on this side of the ocean … so no legal product for purchase on iTunes.
I can read online spoilers to my heart’s content and probably find an illegal download of the show … but I actually want to give BBC my money to watch the program and have no means to do it.
Along a similar kind of vein is the divergent availability of titles in Netflix Canada versus Netflix U.S.A. Whereas the entire library of Star Trek television series is available on the American version of Netflix, for example, that was never so in Canada.
And as many of you out there have discovered, such streaming apps as Hulu won’t work from a Canadian IP address, causing legions of people to construct workarounds. (And this is despite the wide availability of American channels from Canadian cable/satellite companies and a great number of Canadians living within range of U.S. over-the-air television stations.)
This is even prevalent in the television news industry. The LiveStation website and app, which offer streaming television news services, detect where you’re from and show you channels they’ve been able to license for whatever part of the world you are in. Connecting from the U.S. and want to catch BBC World News? Sorry, no dice.
Every streaming video service currently available is marketed to consumers as something you can use to watch what you want, where you want, when you want.
Except it’s clearly not true.
The only way to do that is to circumvent the system by bending or breaking the law — pretending to be somewhere you are not or partaking in illegal file sharing of copyrighted materials.
Perhaps it’s time for television and movie executives to look to the music industry for inspiration.
Most music for sale on the Internet is free of DRM and mostly available without geographic constraints. Downloads are easy and relatively inexpensive.
If there weren’t enough of us out there who wanted to pay for music, iTunes and the like would have died long ago.
Quite the opposite is true.
The world is clearly ready for a similar arrangement when it comes to television shows and movies.
It’s long past time for entertainment giants to exploit the power of the Internet to reach their TV and film audiences — not to fear it or see it as some kind of nuisance or a threat.

END_OF_DOCUMENT_TOKEN_TO_BE_REPLACED

If some media reports are to be believed, antennas for your television are useless as of next week.
Not so.
Switching to digital does not necessarily mean having to rid yourself of your old antenna, although in some cases it might.
More likely, people will have to make adjustments to older TV sets by either buying a digital converter or upgrading to a whole new television.
In any case, the misunderstanding and misinformation is leading to headline writers to proclaim the death of all antenna television as if Sept. 1.
That’s the biggest mistake if all.
If anything, antenna OTA television is getting a much-needed upgrade and will be, in many cases, the TV source with the best visual quality out there.
To my fellow journalists: Please do your homework and get it right. Antenna television is alive and well.

Two weeks ago, I complained about the CBC’s terrible plans for DTV transition, which would involve turning off several terrestrial transmitters as of Sept. 1 because the crown corporation didn’t want to undertake a DTV transition for those repeater stations in mandatory markets.
Since then, CBC/Radio-Canada has applied to maintain analog coverage to certain markets, all in the east of Canada:

In a little more than a month, television in Canada’s biggest cities will be changing drastically.
As you’ve heard in all those public service announcements, your service may be affected if you use an antenna to watch TV.
Television is most of urban Canada will be switching from analog service to digital service.
It will happen as late as Aug. 31, but some stations have stated they are switching earlier. CFKM in Trois-Rivières, for example, has already turned off analog service in favour of digital.
Still others have been running the digital TV services alongside their analog service for some time.
In short, if you’ve got an older tube TV or a flat-screen TV with only an analog tuner, you’ll need a converter box to keep getting a signal.
This isn’t your grandma’s antenna TV — the picture quality for digital antenna TV is simply stunning compared with any kind of analog service. It’s technically superior to any digital signal you get from cable or satellite providers.
(To avoid clogging up this post with too much technical stuff, please see more on the DTV transition on the discussion boards at Digital Home Canada.)
Although Canada’s private broadcasters are going ahead full-bore with the DTV transition, CBC/Radio-Canada’s version of the DTV switch-over can only be described as a disaster.
Here are the cities were the CRTC has mandated DTV transition for Aug. 31, 2011:
Victoria, Vancouver, Calgary, Edmonton, Lethbridge, Lloydminster, Regina, Saskatoon, Winnipeg, Thunder Bay, Windsor, London, Kitchener, Toronto/Hamilton/Barrie, Ottawa/Gatineau, Montreal, Quebec, Saguenay, Sherbrooke, Rivière-du-Loup, Rouyn/Val-d’Or, Fredericton, Saint John, Moncton, Charlottetown, Halifax and St. John’s.
But CBC/Radio-Canada is only doing a DTV transition for stations where it makes original programming — a list that excludes repeater stations, so it is much shorter than the CRTC’s list.
This means huge swaths of Quebec and New Brunswick (including Quebec, Sherbrooke, Saguenay, Trois-Rivières, Moncton) will lose CBC service and huge swathes of Canada outside Quebec (including Calgary, Windsor, Fredericton, Saint John, Halifax, Charlottetown and St. John’s) will lose Radio-Canada service. In the worst cases, in places such as London and Saskatoon, people will lose both English and French television altogether.
Management at CBC/Radio-Canada has been repeating a mantra about Canadians migrating away from tradition television toward online/mobile technologies and that no one uses antenna television anyway.
They constantly cite a meaningless statistic, that only 8% of Canadians use antenna television, in hopes that repeating a lie will somehow make it true.
You see, the 8% statistic only represents the number of Canadians who use OTA exclusively as a means of capturing TV signals. If you use cable or satellite in your family room but use antenna TV in the kitchen and in your bedroom, you’re not being counted as an antenna TV viewer.
And frankly, even if that statistic is true, 8% of 34 million Canadians is still almost 3 million people. That’s a huge chunk of the Canadian population who are paying taxes that subsidize CBC services but will be soon unable to watch it.
Another curious part of the CBC/Radio-Canada’s transmission strategy is that they are maintaining a huge analog TV broadcast network, reaching sparsely populated, far-flung parts of Canada where satellite services are arguably more efficient to deliver service. Meanwhile, they are abandoning antenna TV in some of Canada’s densest areas. That dichotomy doesn’t make sense.
More things to consider:

CBC/Radio-Canada, like every other broadcaster in the country, knew years ahead of time the DTV transition was coming.
Perhaps it was unable to budget the money required to convert its transmitters as per CRTC rules, so it chose to turn off a number of urban transmitters instead.
Perhaps it shifted its DTV strategy mid-stream, choosing deliberately to eliminate antenna TV service to so many parts of the country.
There are signs CBC/Radio-Canada has suddenly realized Canadians won’t just accept the Mother Corp.’s DTV transition plan without asking questions and pushing back. After the CRTC turned down CBC’s application to turn off their transmitter serving Saint John and Fredericton, to be replaced with service only to Fredericton, CBC came back with a plan to retain analog service to Saint John, even after the mandatory transition deadline. There are rumours surfacing about the same sort of thing happening elsewhere.
All this reeks of poor planning and poor management at CBC/Radio-Canada.
Not only must the corporation correct the omissions from its DTV transition plan by implementing DTV service in all urban areas as mandated by the CRTC, it also must be taken to task for bungling the transition in the first place.

I recently read an article from the New York Times about a trend toward hyperlocal blogging.

The people who run these outfits purport to provide timely, accurate local information mostly through volunteer bloggers and contributors. A handful of sites actually employ journalists.

It is said that with the imminent death of mainstream TV and newspaper media, these hyperlocal blogging sites will be a key source of information for communities.

That said, many of these hyperlocal sites buy their content from newspapers and TV stations. How are these sites to survive without the mainstream media outlets that feed them?

I can’t imagine a volunteer blogger spending his entire day hanging out at city hall, five days a week, to keep an eye on what our elected officials are up to. Or perhaps dragging kilos of camera and sound equipment around to cover a story, then spending hours cutting an awesome multimedia presentation.

Even journalism students are encouraged to find paying jobs — at least that’s how it was when I went to school.

I hope not too many more media outlets bite the dust before people realize how important professional local news outfits are to their communities.